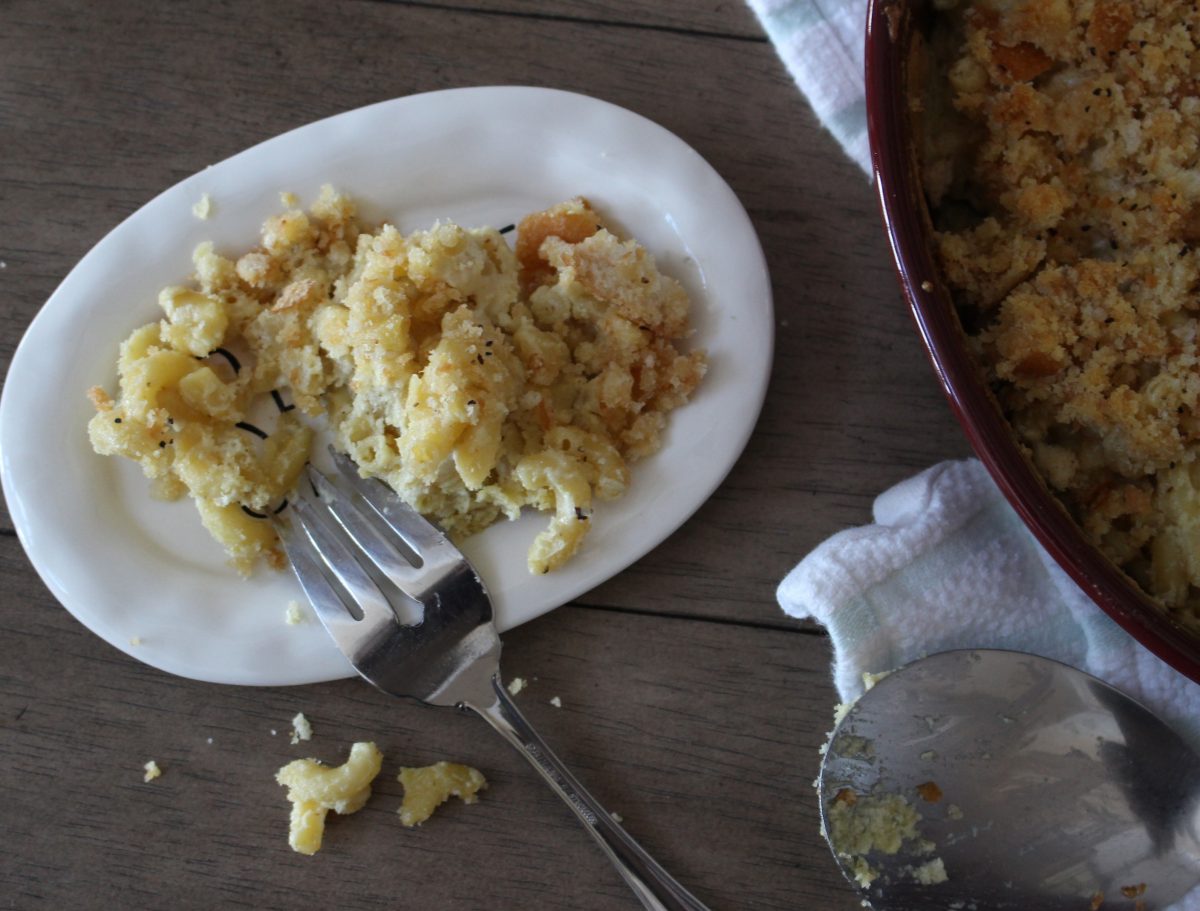 Thanksgiving is only two days away and I am so excited! Food, food, and more food! Who doesn’t love an evening of stuffing your face with delicious dishes?! My fat pants are on standby, and all the ingredients have been purchased. Only one last thing to do before the festivities begin, share this amazing vegan mac and cheese recipe. Gather the family around because no one is going to want to miss this one! Happy Thanksgiving!

Before beginning the recipe, soak the cashews in 3 cups of water for 2 hours. Once the time is up drain and rise the cashews.

In a food processor, grind together the cashews, pepper, salt, nutritional yeast, garlic clove, and mustard. Add the olive oil to the cashew mixture and blend thoroughly. Slowly pour in the vegetable stock, if the mixture is too thick add a little more.

Set aside the cashew mixture and begin to boil the macaroni. Once the noodles are cooked, remove from the heat, and drain them. In a baking dish, mix together the macaroni and cashew sauce.

Mix together 1/2 a cup of plain bread crumbs and 2 tablespoons of vegan butter. Crumble the bread crumbs on top of the macaroni and bake for 20 minutes. 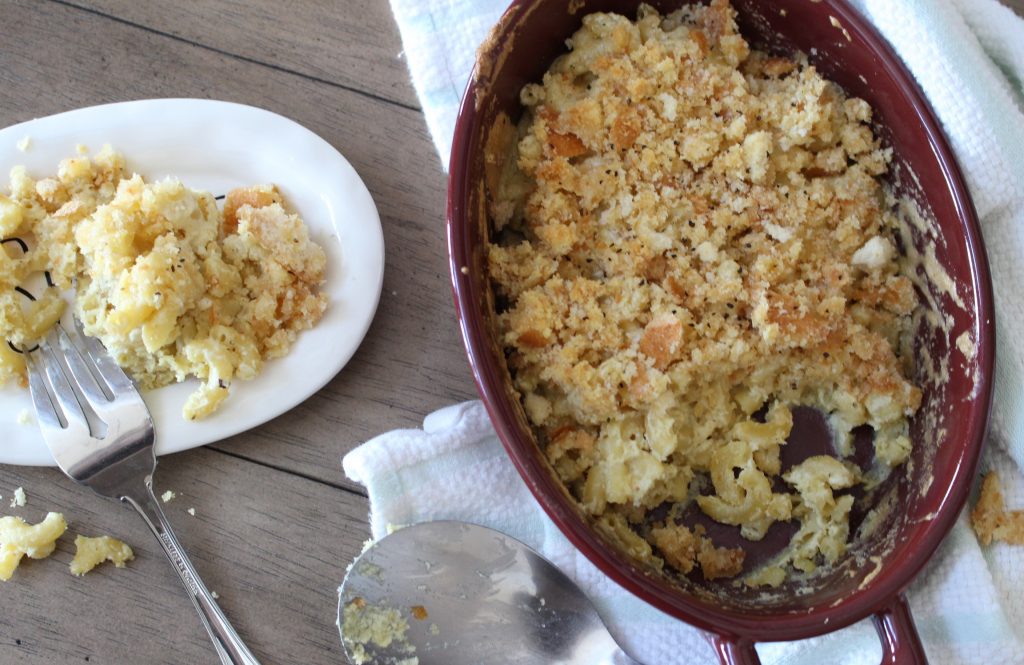 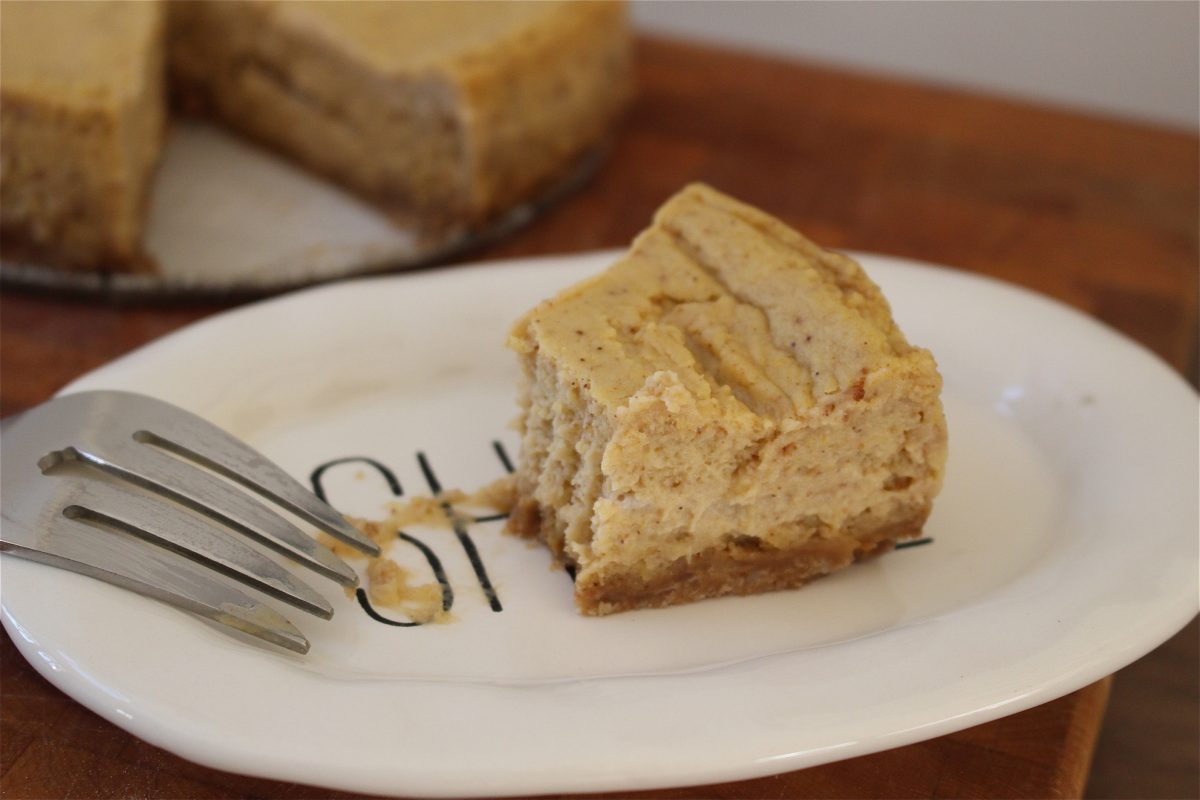 The holidays are upon us and it time to go buck wild with the pumpkin! Only fifteen days left till thanksgiving and it’s time to get those dessert recipes ready. Who doesn’t like cheesecake?!Especially when the whole family can eat it. Dietary restrictions? No worries! Dairy free, Egg free, Vegan Pumpkin Cheesecake to the rescue and no one will know the difference!

Makes a 6 in. cheesecake

Preheat the oven to 325 degrees.

Begin by crushing ten ginger cookies in a small ziplock bag. You can use a rolling pin, mallet, your hands, whatever strikes your fancy. In a small bowl, mix together the coconut oil and crumbs.

Line a 6 in. spring pan with parchment paper and oil it with coconut oil. Place the crust crumbs in the spring pan and push down until the bottom is completely covered. Bake the crust for ten minutes. Remove from the oven and allow to completely cool.

Create the cheesecake filling by placing the “cream cheese” , pumpkin puree, sugar, vanilla, and spices in a large bowl. Add the flour mixture and whip the ingredients on high until the mixture is light and fluffy.

Then, remove the cheesecake from the oven and allow it to cool completely. Place it in the refrigerator for at least four house and get ready to enjoy! 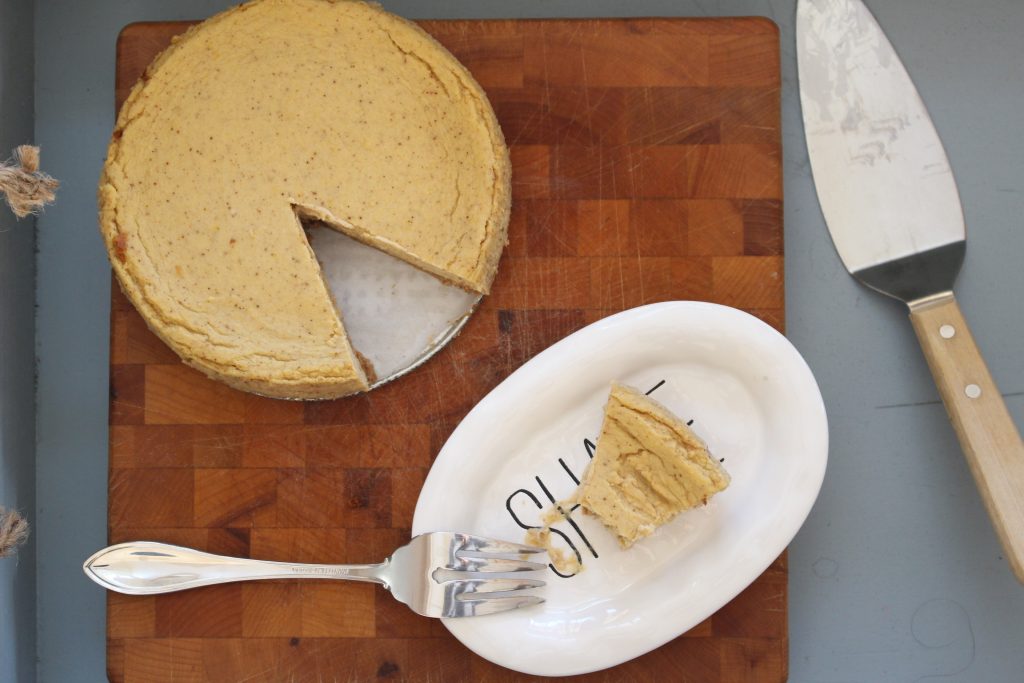