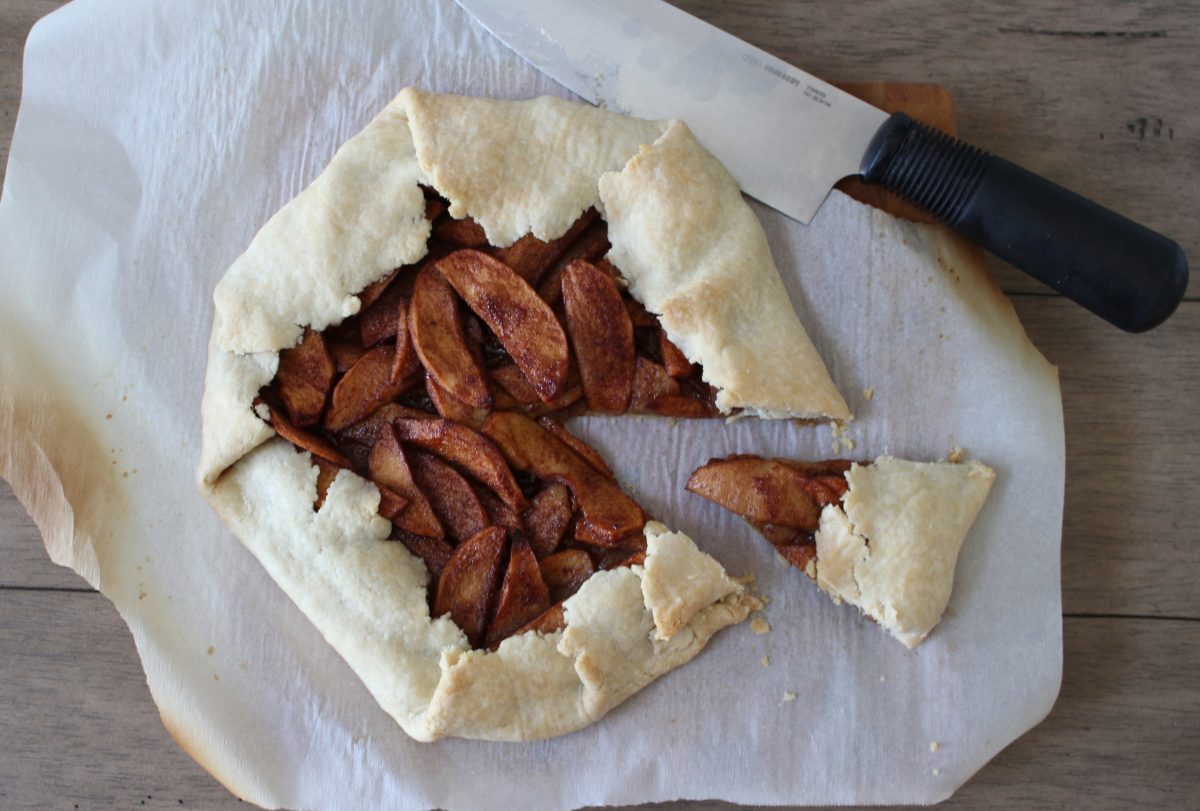 The newest season of “The Housewives of New York City” Bravo series has just come to an end and the Reunion starts tomorrow. I don’t know about you, but the New York City Housewives are by far the best batch. Between the drunken rants and the chaotic engagement, I can’t decide which is my favorite moment this season. All I know is that these women are going to have one intense reunion. In honor of those brazen women I give you a Boozy Big Apple Galette.

Mix all the ingredients in a large bowl. Once the dough forms a ball, place it between two sheets of parchment paper and roll it out. Set the dough aside until you are ready to make the galette.

Begin by peeling and slicing the apples. In a large pan place the coconut oil, whiskey, maple syrup, cinnamon, cloves, and nutmeg and simmer on low heat. Add the apples slices to the pan and coat the pieces thoroughly. Once the liquid has thickened and the apples are coated remove it from the heat. 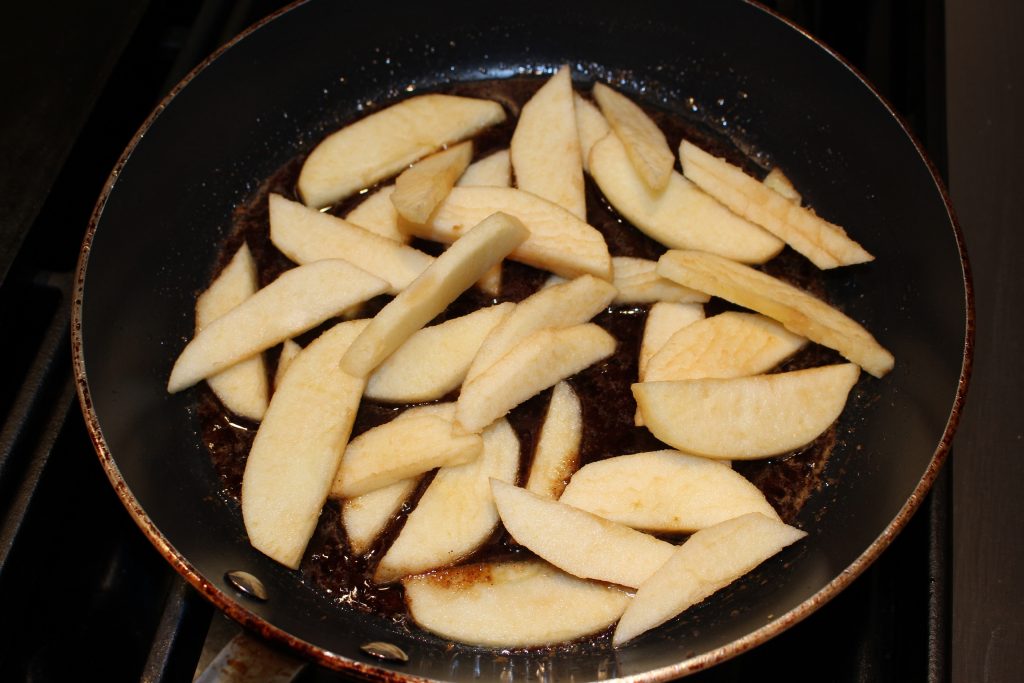 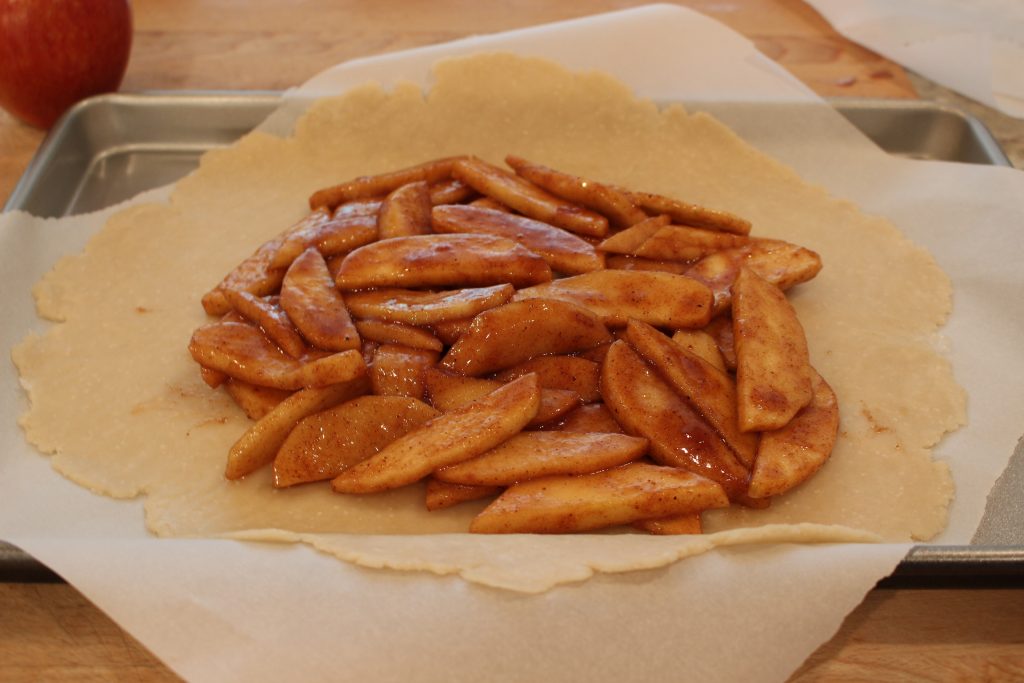 Bake for about 55 minutes or until the dough is a golden brown.