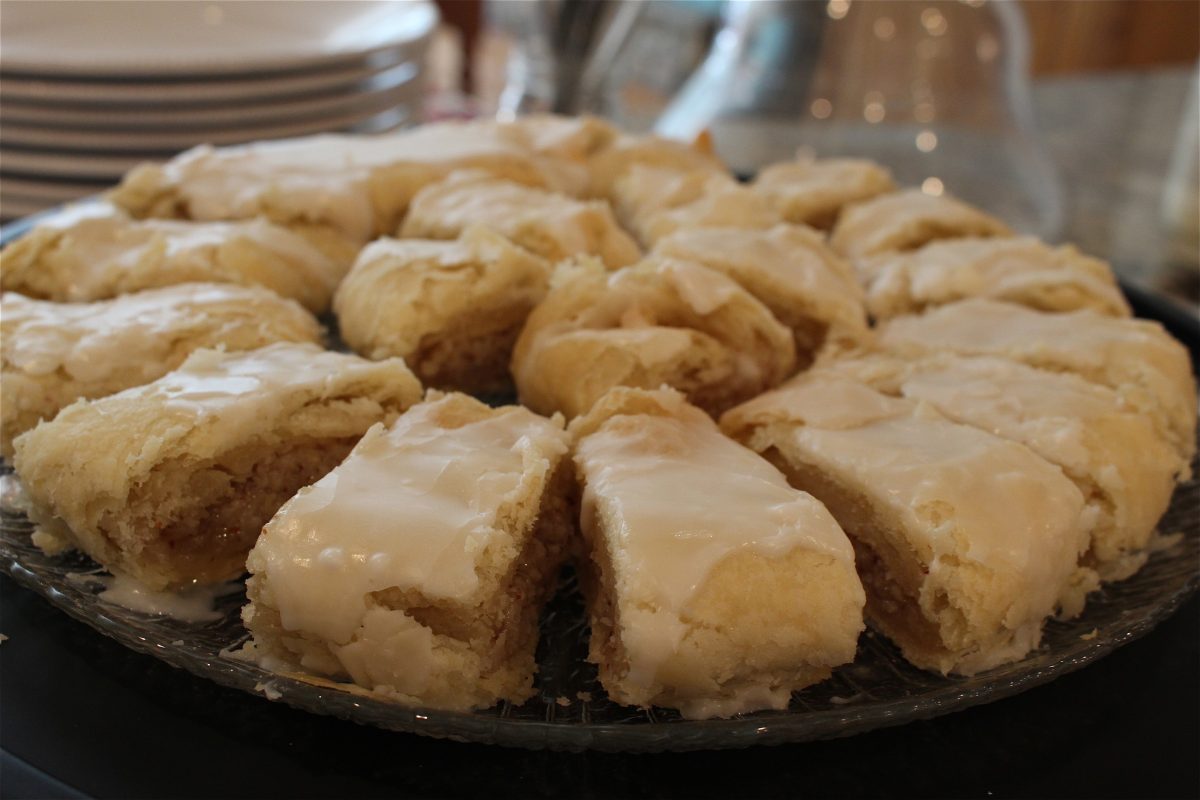 Words like Krumkake, and Tynne Pannekake might look like a jumble of letters to most, but those two words are so much more. Those two words infuse happiness in the hearts of every Norwegian child and conjures up fond memories in every Norwegian adult. Krumkake, and Tynne Pannekake are only a few of the greatest desserts Norway has to offer, but there is one that surpasses them all. One that is so sought after that there should be statues constructed in its honor. That dessert is called Kringle. It is a flaky pastry filled with sweetened almonds, topped with sugar icing. Yes, you have died and gone to heaven!

Begin by making the dough. In a bowl combine one cup of flour and one cup of water. Mix together until the dough forms. On a floured surface roll out the dough in an oblong shape. In a separate bowl mix together one cup of flour and two sticks of softened butter. Once the butter paste is formed spread it onto the rolled out dough. Fold the dough in thirds. Roll the dough out again in an oblong shape and fold again in thirds. Repeat this step one more time, then wrap in plastic wrap and refrigerate for eight hours or freeze for four hours.

Meanwhile, create the almond paste. In a food processor finely chop one cup of almonds. Place the almonds in a bowl and add two cups of confectioners sugar and mix. Slowly add water to the mix until it forms a thick paste. Refrigerate while the dough chills.

Once the pastry is baked, allow it to cool completely before pouring icing on top. Mix together Confectioners sugar and water together so that it forms a thick icing.

Cut and serve. Trust me you and your guests will not regret it. 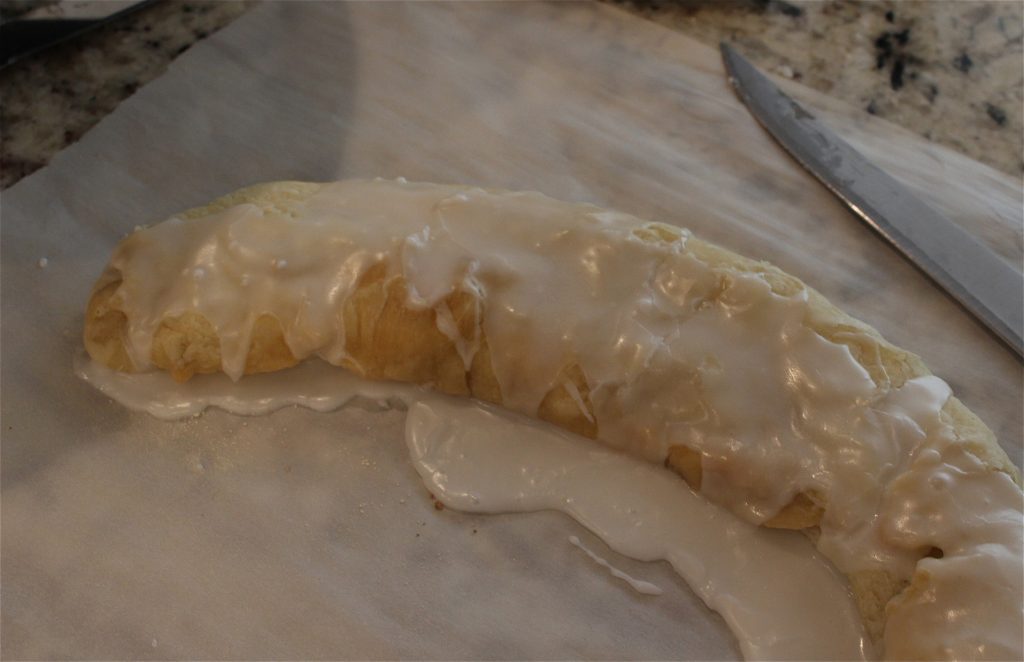