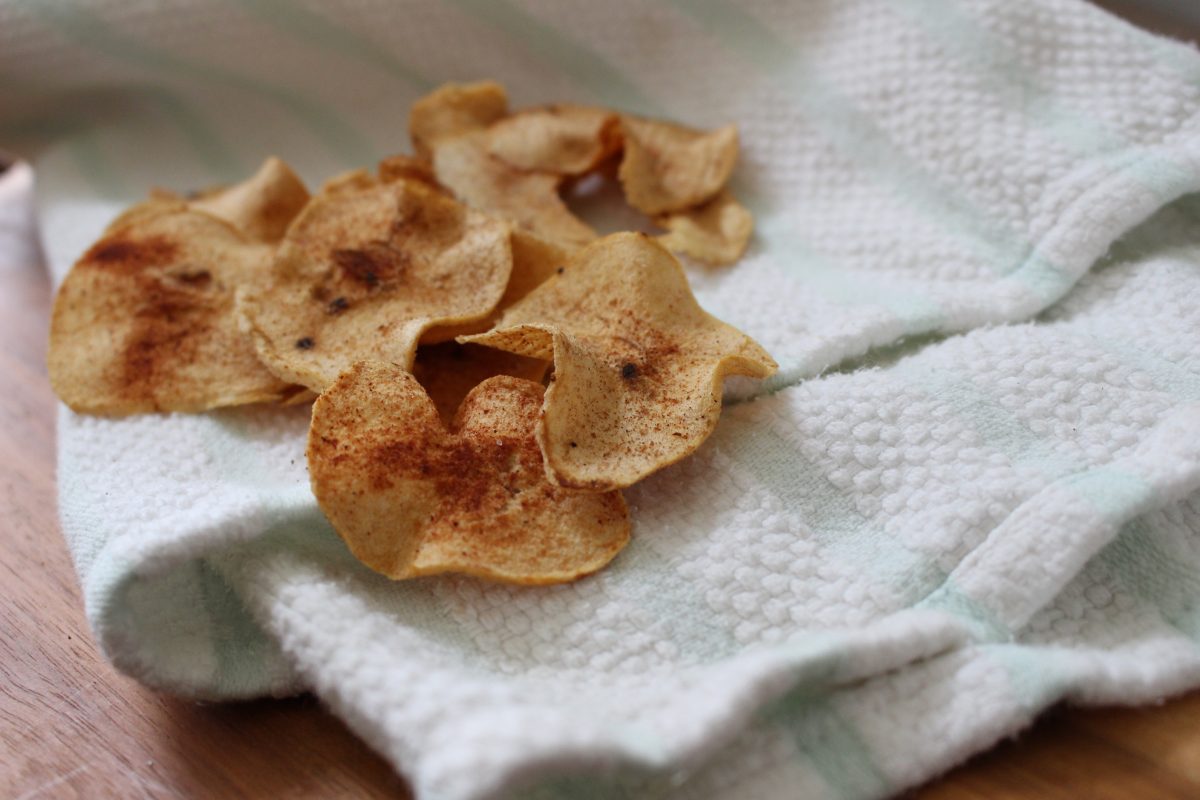 New York Housewives Premiere tonight! What better way to ring in the new season than with some apple chips. Perfectly crisp and indulgent chips that make you feel like your eating heathy, because you are! After your second martini tonight you’ll need a snack.

Preheat the oven to 200 degrees.

Begin by peeling and coring two apples. Cut each apple in half, using a mandolin, thinly slice the apples.

On a metal baking sheet, lay the slices in a single layer (make sure not to over lap them).

Mix together sugar, cinnamon, and salt. Sprinkle on top of the apple slices.

Bake the apple chips for 40 minutes. Remove them from the oven, and flip the slices over. Sprinkle again with cinnamon mixture and continue to bake for another 40 minutes.

Once the apple chips are slightly browned, and edges have curled, it’s time to remove them from the oven.

When you initially take the chips out of the oven they will still be slightly soft. Don’t worry! Allow them to cool, and they will crisp up!

An apple a day keeps the doctor away, so eat up! 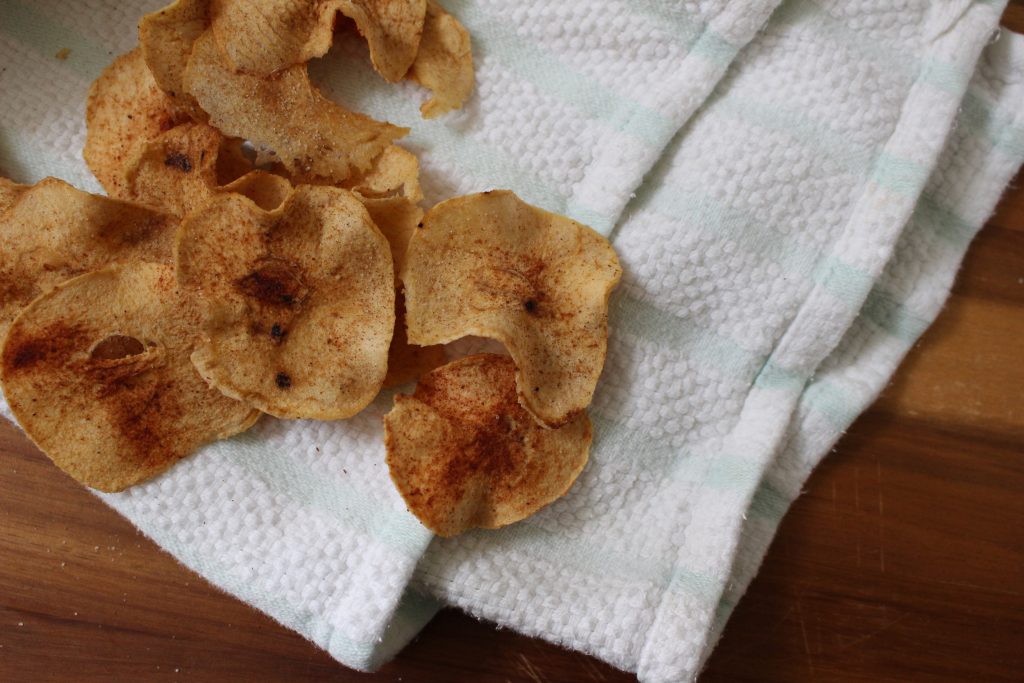